bookings@lantern.com.au
02 64576600
Meet Tegan Molloy. Girl Wonder On Wheels
November 27, 2014
You never know where inspiration will strike and for 18 year old pro mountain bike rider Tegan Molloy it was riding around the bike tracks of Jindabyne at age 11. Curious about the ski runs that morphed brilliantly into Thredbo mountain biking tracks during summer, she asked her Dad to let her have a go ?downhill?, instead of just along flat and even bike paths. That particular summer season, then aged 11-12, she experienced the downhill tracks just twice, Santa granted her wish for a proper mountain bike and, voil? Australia?s up and coming mountain bike star was born. [caption id="attachment_7720" align="alignleft" width="300"] 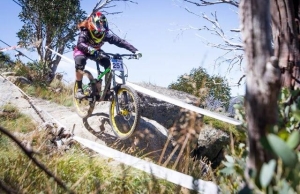 Tegan Molloy[/caption] With a love for the outdoors already entrenched, and a knack for skateboarding that gave her good grounding in balance and risk management, this Jindabyne Central School student fell in love with the daring downhill events. When asked about fear of falling and managing turns on two wheels at high speeds, it is clear she has a very level head - ?You have to work up to it, build your confidence slowly,? she says. Tegan has just come back from winning the Junior World Championship in Norway, as one of 12 riders in the Junior women?s race, in which entrants must be aged between 16 and 19 years old. The downhill event Tegan competed in was a race in which entrants ride in 30 second intervals, with the rider with the fastest time crowned winner overall. ?I love the event because there are lots of jumps and it?s fast paced and high energy,? she says.

The next event in Tegan?s sights is Thredbo?s Cannonball MTB Festival held in Thredbo over December ?5 - 7 this year. [caption id="attachment_7722" align="alignleft" width="300"] 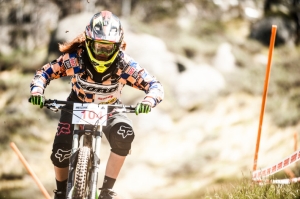 Tegan in action[/caption] She is aiming to compete in all five events, including the Dual Compressor, where riders race side by side, then swap sides resulting in fastest time wins ?like the ski cross? Tegan notes. She will go in the Downhill event as well as the Pump Track (riders are not allowed to put their feet on the pedals). The Cannonball Festival is an exciting event not only for participants but great for spectators who want to get down to Thredbo, catch all the action and see what it?s all about. Get behind our Aussie chicks. There is nothing they can?t do.

Thredbo Accommodation for the Cannonball Festival

A great place to stay during the festival is one of the 1 - 4 star apartments offered by Lantern Thredbo Apartments. Contact Jill and Ian and ask them which lodgings are right for you and your family or spectator buddies. All apartments are self-contained to get some breakfast into you before you head out into the action for the day and equipped with washing machines to wash the dust off, many with balconies to sit back and enjoy the sights of the amazing mountain scenery.
Top 5 Reasons Why Single Parents Should Visit Thredbo Father & Son Bonding Trips. So Important & So Accessible.