bookings@lantern.com.au
02 64576600
Five Faces That Helped Shape Thredbo Alpine Village
September 15, 2014
It?s good to celebrate people and places and it?s something we don?t do enough of. Australians give so much of our time and energy to the community, and projects that we believe are great. At the annual dinner on the 23rd July at the Denman Hotel The Thredbo Historical Society decided to shake it up a little from the usual. This year they created Thredbo?s first ever 'Five Faces of Thredbo', a tribute to five extremely influential Thredbo personalities that have helped shape Thredbo alpine village into the community it is today. Each personality is or was local to Thredbo and, while not all are necessarily known outside of the Snowy Mountain area, each has contributed so much to the Thredbo alpine village and community it seems a travesty not to recognise them as key to the development of Thredbo. This award, while inaugural in 2014 will be added to each year, with a plan for 3 new faces to be added to the honour roll for next year. With 85 in attendance at the dinner this year the faces of Thredbo is off to a great start. Alan Fredericks, president of the Thredbo Historical Society, dished up all the results of the evening?s awards.

The Five Faces of Thredbo

Heavily involved in volunteer ski patrol from 1964, Barry received an award for dedication to ski patrolling for over 50 years of service and is the first in Thredbo to do so. 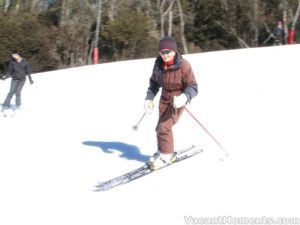 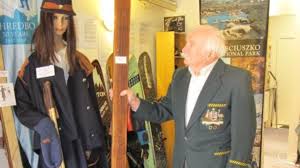 Frank is a long term resident of Thredbo, and even now volunteers in the museum. He represented Australia in the 1956 Olympic Games in the giant slalom and slalom events. Frank opened a gift shop in Thredbo and was successful in senior ski racing and only retired from racing at age 92. Frank is a popular figure in the Thredbo community. 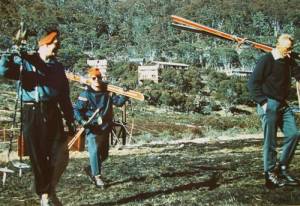 Was the founder of the first ski school in Thredbo and was the ski school director from 1958-1977. Much of Thredbo?s early and long term success has been credited to the expertise and execution of ideas and advice of Leonard (seen in the far right of the photo). 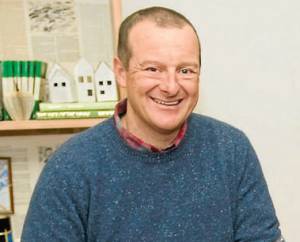 Elected recently, Michael gained fame as a Paralympian with a can-do attitude skiing on just one leg with 6 gold and 3 silver medals to his name. Awarded Order of Australia Medal (OAM). Michael set a world record for being the fastest skier on one ski in 1993, and the fastest Australian skier.

The season for snow holidays might be drawing nearer to it?s close for Thredbo but a brilliant new chapter has begun in the community's history in recognising these significant contributors. It?isn't just an alpine ski village known for its top notch skiing and snow boarding, but an energetic?community?resplendent with?snow shoeing, hiking, alpine photography, tobogganing to name a few Thredbo activities. This would not be possible without these faces of Thredbo and for that we are grateful.
Australian Defence Force Day 5 Things You Need to Know to Have an Amazing Ski Trip