bookings@lantern.com.au
02 64576600
Thredbo?s Thriving Live Music Scene
April 3, 2015
It may come as a surprise to some that Thredbo has a well-established and pumping year round music scene. When people think of Thredbo they think snow, and may instantly dismiss the village and region if skiing or snowboarding is not their ?thing?. However, many others come to Thredbo wearing nothing but a t-shirt and boots (well hopefully more than that, so as not to scare away children) fully intending on staying at Thredbo and frequenting the bars and music venues, having a few drinks and getting into the groove. Nothing to do with the ski scene at all. Thredbo hosts three major festivals each year, each a completely different genre:

It may be news to you to discover Thredbo?s Jazz Festival is in its 27th year of operation this year. It runs over three days from the 1st to 3 May with 18 different artists taking to the stages. Headlining is Katie Noonan, a well known artist formerly of the band George who has played with Paul Kelly and Vince Jones and has won the National Jazz award in 2000. Also headlining is Ms Murphy the popular artist and finalist from the 2nd season of the TV show The Voice. She has a phenomenal voice that just belts out the tunes. Hearing really is believing. George Washingmachine is another extremely popular artist due to his multi instrumentalist talents ?(plays piano, bass guitar and sings). Then there?s the West African band Keyim Ba, rated by some as the best in the West African music genre, and that?s just to name just a few. [caption id="attachment_8114" align="alignleft" width="300"] 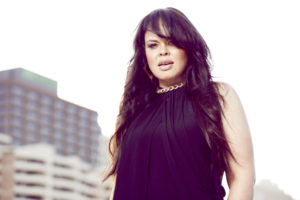 Why Jazz in Thredbo Over Larger Festivals or Single Artist Concerts?

The point of difference between the Thredbo Jazz Festival and other jazz listening venues are the locations where the action takes place. Performances are not on one central large stage but rather on five different stages in small intimate settings, utilising the existing bars and locations all around the village. These are the Kosciusko Room (downstairs in the Kosciusko Alpine Hotel), The Keller Bar (top of the stairs in the plaza), around the pool at the Kosciusko Alpine Hotel and in some of the restaurants such as The Black Bear, Knickerbocker and at the top of the chairlift in the Eagles Nest. Pack a jacket and get ready to WOW at the fresh air and the view from high on the chairlift. Hold on tight. Festival Director, Stewart Wauchope says ?This music festival ?feels like a party, and the intimate setting gives fans an opportunity to talk to the artists about their songs and their work after they perform, which fans love? . Even though this is the 27th year of the Thredbo Jazz Festival, it is a new-ish style, adapting to the times to attract a younger demographic. Stewart informs that prior to 2012, the demographic looked consistently more like mid-fifties to eighty year olds. Due to the inclusion of some younger emerging talent, and music reflecting the roots of African jazz, European cafe culture, contemporary jazz and Gypsy and Dixie sounds, now the festival attracts more of a 25 year old and over demographic, and is steadily growing. Hop online to buy tickets for the Thredbo Jazz Festival 2015.

If a Blues and Roots Festival is more your style, plan to take in the Thredbo Blues Festival in January. This year saw its 22nd year, and was held over 6-18 January. Performance venues are the same as the jazz festival, and also gave fans the opportunity to get up and close with the artists. [caption id="attachment_8056" align="alignleft" width="300"] 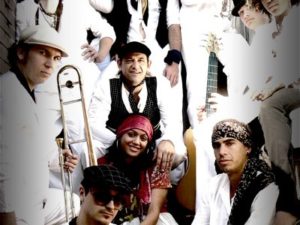 Chukale will Samba their way into Thredbo 2015[/caption] This year?s headliner was Russell Morris, who was massive in the rock scene in the late 1960s and had the hit ?The Real Thing?. He has been inducted into the ARIA Hall of Fame. His current album is a very different kind of music, and focuses on Australia's convict era, well worth a listen, really quite striking and emotive. Performers Jeff Lang , Rick Price, Bondi Cigars (Sydney blues band) all have popular followings as well. Mel Eastick, Charlie A?Court, Ray Beadle Band, Harry Bruce (bass player) all play a great show and young emerging artists Brody Young and Sean Kirk are fantastic talents and ones to watch, and that?s not all the talent on offer, there is much more. Find out more details on the Thredbo Blues Festival.

If you can?t get to Tamworth in February, or love country music so much you can?t get enough, you may not realise there is a full country music festival in Thredbo each March. This year it was held over three days, from Saturday ?21st March. Children under 14 free. Catherine Britt, Morgan Evans, The McClymonts and Adam Brand were all popular artists that headlined at the festival. Adam Brand says ?The Snowy's Festival has all the makings of being the next big Australian country music festival. Iconic location, amazing venue with the beautiful Thredbo Village as the backdrop and great country music. What more could you want?? Sam McClymont (performer) says ?Looking out to the crowd in front of the beautiful mountains was an amazing sight and we loved performing our set to such a rocking audience. We can't wait to come back again?.

Acoustic sessions around the village

At any time of the year, you can head into many of the venues and have a beer, relax and listen to local or out of town artists having an acoustic session. These sessions are regularly played at The Denman Hotel, Keller Bar, The Pub and other locations throughout the summer and winter seasons. Over the Australia Day weekend around the pool was a popular spot at the Thredbo Alpine Hotel for tunes. It's so great just to be able to walk around and go from place to place without having to worry about the car.

In January each year on the way back through to Sydney and Canberra stopping in at the Irish Festival in Jindabyne is well worth it. This year it was held between 23-25th January. Craig Vale loves the festival, and has headed down to it a few times, prompted by his Irish wife. ?He says ?The festival is spread over a few days and nights there is usually seven or eight bands playing Irish music all through the pubs around town. There is Irish dancing, stalls around the town, it is very family-orientated during the day and is more geared to adults in the bars at night. It?s great fun?. The best place to stay to listen to any live music around Thredbo is at any of the self-catering apartments at Lantern Thredbo Apartments. They have a range of 1 to 4 star accommodation and many apartments are perfect for getting some mates together for the festival, walking around the village to visit the venues and crashing on the comfy bed at the end of the evening. Especially if you've had a few drinks there is no need to drive for any of the live music. If you bring your family down there are babysitters available, get in contact with Thredbo Babysitting ahead of time. What a perfect arrangement, family time during the day, relax and unwind with music at night. If you've missed a couple of the festivals be sure to plan ahead and book your accommodation now for the Thredbo Jazz Festival 2015. Have fun and stay safe.
Why Thredbo Just Works as a Family Holiday Destination Kids Free Lift Pass Packages