bookings@lantern.com.au
02 64576600
Thredbo Jazz Festival 2014. Women on a Mission
March 17, 2014
Thredbo Jazz 2014 is back where it should be ?at the beginning of May and ?this year the women are in charge. ?Amongst a typically eclectic ?line up of Australian and overseas performers, the Festival's new music directors have secured ?3 amazing female vocalists who will enthrall audiences ?at Thredbo in 2014. [caption id="attachment_6197" align="alignleft" width="225"] 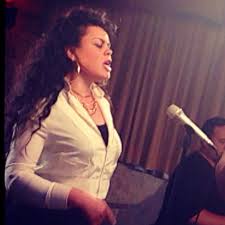 Ms Murphy set to perform in Thredbo 2014[/caption] Monica Trapaga is a long standing star of Australian Jazz, ?her ?energy, talent and latin soul give her performances an atmosphere that is hard to resist. Mahalia Barnes is a young mother with a unique background and her penchant ?for big vocals has an unrivaled pedigree. ? ?Sharing a love for soul music with her father Jimmy, ?Mahalia has branched out to explore music in her own way. Ms Murphy stunned Australian Audiences on "The Voice" television series with her powerful vocals and unique sensitivity. She is set to light Thredbo up with her rock solid soul style this May. Also featuring at the Thredbo Jazz Festival in 2014 are: [caption id="attachment_6203" align="alignleft" width="275"] 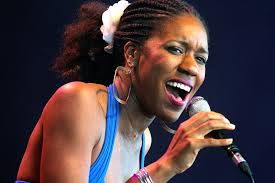 Tricia Evy to play with George Washingmachine[/caption] George Washingmachine with French jazz ?Chanteuse ?Tricia Evy delivering more of that Euro based style that George is famous for. ?His virtuoso ?violin ?and smooth vocals will provide the perfect vehicle for Tricia to display the talent that sees her star rising in the Euopean jazz scene with performances at festivals like Montreaux and Jazz a Vienne. Also playing on the Jazz train for the Thredbo Festival is the legendary Bob Barnard ?with his prodigious Trumpet supporting many performances over the weekend. Another Jazz Trumpet that will blow through Thredbo for the festival is Todd Hardy, ?a rising star of Australian jazz who has played with the likes ?of ?Grace Knight, Dan Barnett, Thelma Houston and many more. Playing with his Trio Todd will bring some swing to Thredbo. The Brazil Oito will bring Latin Jazz alive in for Thredbo Jazz 2014. ?This eight piece latin Jazz Orchestra will be ?playing the Brazilian jazz classics and shining their light on some lesser known gems of this ?sensual Jazz ?genre. The Acca Dacquiris will play their special take with Jazz covers of just about anything from Rock Classics to Jazz Standards. ?Their clever interpretations show how close our modern musical styles are.. Nigel Gavin and Richard Adams will bring their virtuoso talents to Thredbo for intimate performances that will captive lovers of jazz guitar. The Mosman High Jazz Band will bring big band sound sounds and the energy of youth to the festival. [caption id="attachment_6204" align="alignleft" width="300"]

The Jews Brothers come back to Thredbo[/caption] On a more global note ?the Kiwi Klezma legends the Jews Brothers are back at the ?Thredbo Festival after 15 years ?playing their high energy music with a blend of hot club, schmaltzy waltz and foot stomping fun. Chris Gudju and Afro Pamoja will bring their unique ?Zimbabweyan Village Jive ?to Thredbo to lift the covers off the roots of Jazz. In the funk, soul vein ? Ray Beadle makes another stop in Thredbo with his slick guitar and driving vocals teaming up with Sydney based session singer Barry Leef. Jeff Duff brings his own unique blend of funk, ?70's pop and Jazz Crooning to the Thredbo Festival ?again as his musical journey continues to explore the edges of ?popular music. Harry Brus Funk Band will be on deck to punch hard into the early hours ? with Harry's driving bass as the engine room for some high energy party music. The 7 piece Righteous Voodoo will bring a soul spell to Thredbo Jazz 2014 with their amazing vocal harmonies Illya Szwec ?band will bring a touch of Jamaica to the mix to round out the soul section of Thredbo 2014. For full details on the line up for Thredbo Jazz Festival 2014 click here:? The line up for the Thredbo Jazz Festival 2014 is one of the best in years and the good news is that if you book ?before March 31st you can get the special early bird ?package price with accommodation and a full weekend festival pass from only $320 per person twin share. ?You can book online or call us on 02 6457 6600. ?If you book online just book your accommodation and then tick the Jazz Festival Passes extras box to add your weekend festival passes.