bookings@lantern.com.au
02 64576600
Thredbo Blues 2016
October 23, 2015
The Thredbo Blues Festival is back again for it's 22nd year and the line up for the event is enormous.. ?From the 15th of ?January Thredbo will be come under a barrage of Blues. ?The Theme for the Festival this year is definitely the Belles of Blues with an amazing line up of Female Performers including the award winning Fiona Boyes with her [caption id="attachment_8931" align="alignleft" width="300"] 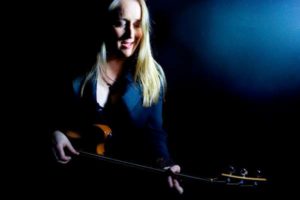 Fioan Boyes brings the band to Thredbo[/caption] band, the powerful voice of Gail Page and the funk & soul grooves of Andrea Marr all leading the charge for the ladies. The Blues Blokes haven't been ignored with Russel Morris back for a 2nd year after his crowd stopping shows in 2015. ?Harmonica legend Andy Just from San Francisco who is a regular with the likes of Robben Ford and Chris Cain will bring his high energy harp downunder for Thredbo 2016 playing with Darren Jack and the original 3rd Degree...and that is just the start of this amazing line up, check out the rest here... Early Bird festival passes are only available ?until the end of this week October 30th ?so get in now. We have festival pass packages with 2 nights accommodation and an all weekend festival pass staying twin share in a 1 bedroom apartment for $345 per person or make a holiday of it and book our 5th night free package?with 5 nights and the weekend festival pass from only $530 per person.??You can book festival passes and accommodation online ?here or just call on 02 6457 6600. Check out the full line up for the Festival below: Andrea Marr Band.?Since 1999, the Andrea Marr Band has been slaying Blues Fans with their high energy ?blues. ?Winning a host of awards and accolades including the 2009 Australian Female Blues Artist of the ear.?"Andrea Marr is a truly world class singer with a dynamic, gospel-fuelled voice" - Blues Blast Magazine Chicago [caption id="attachment_8936" align="alignleft" width="300"] 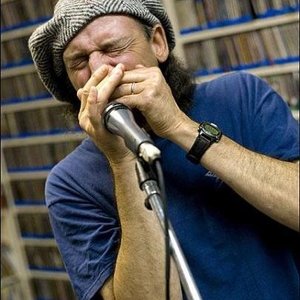 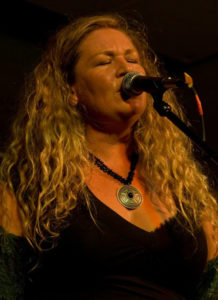 One of the Blues Belles coming to Thredbo[/caption] Gail Page.?Gail has played Thredbo before so many Thredbo Fans already know of her Seismic Shifting vocals and down home personality. Recently on The Voice Australia #TeamRicky, she was introduced to a national audience and her acclaim as one of the biggest voices in blues has grown from there. Every show she does promises to be a moving and memorable experience and she is a must see at Thredbo. Genevieve Chadwick.??Imagine if Janis Joplin and John Lee Hooker had a baby together; ?musically, Genevieve?would be the offspring of that union. She looks like an angel? roars like a lion? and plays guitar like a demon. She?s been likened to the great Janis Joplin or a 'female John Butler?.??That pretty much sums up Genevieve who is an extraordinary performer with the power to bring a venue to a standstill with an energy and ?polished gravel vocal style that grabs at your heart and says join the party. George Washingmachine.??George Washingmachine is a jazz violinist, but long before that he was a blues guitarist and singer. Back in the day George had Bo Diddley sit in with his band? and has also played with the likes of Albert King, Taj Mahal, George Thorogood & Leon Redbone.?? And George just loves being in Thredbo.. See him perform, sit in, compere and carouse. Glenn Cardier and the Sideshow.??Glenn A Baker (Author & Rock Historian) states...... ?Glenn Cardier has been writing and performing moving, insightful powerful and important songs for more than 30 years.?With captivating presence, a commanding vocal style and a gloriously perverse point of view that produces songs which take firm hold and linger long, he comes dangerously close to being certified as a national treasure?? said Baker? ?Glenn Cardier will perform with the mighty band Sideshow bringing it to Thredbo for 2016. Harry Brus Band.?The Harry Brus band is a powerful lineup of amazing Australian players inspired by the driving force of one of Australia?s best loved ?Bass players.? ?With the talents of ??The Voice? finalist, Mitchell Anderson on keyboards and vocals, ?Armanath Jones on guitar and Icehouses? mighty drummer Paul Wheeler this is an unstoppable funk soul outfit that will take no prisoners. James Southwell Band.?James has played over 2000 gigs in the past 10 years and has been fortunate to share the stage with some of our greatest Blues legends as well as playing guitar for the biggest names in Aussie music. ?James commands the stage like few others with towering riffs and vocals that bite. His incredible band is truly world class. He is not afraid to push his music past all previously existing boundaries and well past what most musicians consider the limits of what is safe. Nick Charles (with special guest Pete Fidler).??Known internationally as ?Australia?s virtuoso of acoustic blues and roots?, Nick has released a dozen acclaimed albums, toured the US ten times and was named ?Port Fairy Folk Festival Artist of the Year 2014?. ?His fingerstyle playing is wonderfully orchestral yet roots oriented. ?This year he will be accompanied by dobro, mandolin and guitar maestro Pete Fidler.? Phil and Trudy Edgeley.?Phil and Trudy Edgeley have covered the country earning a deserved reputation as a pure musical force. With striking original material and powerful shows with a soulful sensitive edge Phil and Trudy play songs?and?produce a musical experience that is both captivating and intriguing. Richard Perso.?Richard does it all with didgeridoos, acoustic guitars with electric overdrive, foot percussion and vocals so low that the stage will rumble. He will be in Thredbo to deliver his own take on ballads and blues rock classics with earth shaking power. ??Roots and Blues and didgeridoos. Hang on for the ride.? [caption id="attachment_8934" align="alignleft" width="300"] 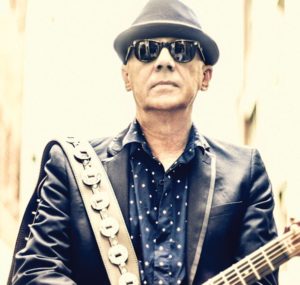 Russell is Back in Thredbo for 2016[/caption] Russell Morris.??Aria Hall of Fame inductee, #1 selling artist, King of Pop, Australian Icon, are a few phrases commonly used when describing Aussie legend Russell Morris.? ?His performances at?Thredbo Blues 2015 left no doubt that he is an Australian Musical treasure with much more? going on than even his amazing successes could reflect. Russell?s latest works Sharkmouth and Van Diemen?s Land have won a Best Blues Album Aria award and best Blues Album and best male vocalist at the Chain Awards. ??The only thing left to say is don?t miss this Man at Thredbo. Shane Pacey trio.??The Shane Pacey Trio?are that rare - and becoming rarer ? thing, a dedicated Blues band, rather than a solo star with supporting musicians??Although Shane?s other band, The Bondi Cigars are still very much a going concern, with this Trio Shane has taken a ?no-nonsense look at the Blues Back Pages.? With Paul Blasi on bass, Dave Fester on drums ?this band will deliver what every Blues Festival needs??.No mess, no fuss Blues. Simon Kinny-Lewis Band.??Simon Kinny-Lewis is a world renowned guitarist/singer from Sydney, he has performed and recorded with world class artists such as Christian Howes, Ric Fierabracci, Anton Davidyants, Simeon Cain and more.? ?Simon?s band will bring energy and commitment to Thredbo The Foreday Riders.??A working blues band since 1967, the Foreday Riders return to Thredbo in 2016 with a couple of female guests, in keeping with this year?s theme. The King Brothers, Ron (harmonica, vocals) and Jeff (guitar, Dobro) were foundation members and remain happy ?backroom boys? in the present line-up.? With Rosscoe Clark on drums, Stan ?sleepy? Mobbs on bass and Shane Pacey up front the Riders are ready to support their guest Vocalists ?Jill Tweedie and Caroline ?Pinecone? Packer from the Central Coast outfit ?Hip? Sister?? These girls have decades of Blues cred and and they share the Riders? credo: work hard and play hard ? at every gig. That?s their?intention at Thredbo 2016 The Hip Replacements.??The Hip Replacements?are?a local Snowy Mountains band that ?were a big hit supporting Chris Isaak in Thredbo, Easter 2013 before a large outdoor crowd. ?They?ve wowed audiences at the June Long Weekend Perisher Peak Music Festival plus local performances in Thredbo, Jindabyne, Berridale and Cooma. The band includes some serious credentials with Jeremy Paul, bass guitar a founding member of Air Supply and the Divinyls.?? and?Ian ?Gunther? Gorman, lead and rhythm guitar, having played in many Australian bands, almost a Who?s Who of Aussie Rock including Daddy Cool, Richard Clapton and Sherbet.?With a very strong line up of local players including Thredbo own Wayne Kirkpatrick on drums the ?Hips? is the home team that ?are itching ?to rock Thredbo Blues Greg Dodd & The Hoodoo Men.??Greg Dodd and The Hoodoo Men are a Melbourne based electric blues combo, described as having a Chicago style sound, influenced by the greats of the windy city. Three members of the band have won the prestigious MBAS Blues Challenge that saw them perform in The International Blues Challenge in Memphis TN.??The band?s debut CD ?3am blues LIVE? won Best Blues album of the year in the Age Music Victoria Genre awards 2014 and also debuted on the Australian Blues and Roots airplay charts at #1 for two months when released.?This is a band not to be missed. ? Blues Explosion.??Tony Cini?s Blues Explosion is a four hour showcase of some of Australia?s top Blues and Roots acts supported by up-and-coming artists. Blues Explosion was established in April 2008 and has featured some of the country?s premier Blues and Roots performers such as Chase the Sun, Ray Beadle, Marshall and the Fro, Gail Page, Darren Jack, Kim Churchill and Genevieve Chadwick, just to name a few. In the last three years, Blues Explosion has become a ?must see gig?. Blues Explosion has played at a number of venues in Sydney, the Illawarra, Shoalhaven, Central Coast, Hunter Valley and the Central West of New South Wales. The Pearl Show (Janis Joplin Tribute)?Starring Blues specialist Liza Ohlback Musical Direction /guitar Jeremy Edwards Keys Rick Melick Drums Greg Ohlback Bass: Mick Malouf Pearl - The Janis Joplin Story - The vintage funk tour. The music, obsessions and passions of Janis Joplin. [caption id="attachment_8933" align="alignleft" width="300"]

The Pearl Show comes to Thredbo[/caption] For the first time in Australia, a production about a rock immortal whose individuality became a hallmark that both shocked and inspired a generation and to this day touches all ages. Pearl ? The Janis Joplin Story, is an interpretational musical presentation, celebrating a woman who exploded onto the music scene and quickly became the queen of rock ?n? roll and mother of thrift shop vintage funk. Best remembered for her rebellious lifestyle?and?her distinctive voice. To her intimate friends she was known as ?Pearl?. ?To her enthralled public she was Janis Joplin, the greatest female singer in the history of rock and roll. ?Pearl - The Janis Joplin Story, delivers in words and music her tumultuous outlook on life, love and being the first lady of rock who got a little dirty. Transporting the audience into a smoky, jazz, blues club feel? mixed with a good dose of pure acid bohemian vintage rock. This is a must catch at Thredbo Blues 2016.? Book Blues 2016 Now
Thredbo Summer Big Events. Some Sublime and Some Ridiculous More on Mountain Biking Thredbo 2016