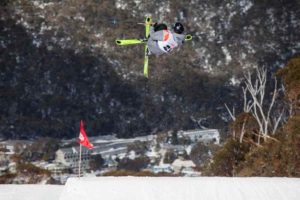 Slope Style Big Air from 2014[/caption] Spring in Thredbo brings out the crazies...?It is something about the sun and snow combination that gets people thinking they can do anything ?and the events calendar this spring has some craziness planned. The First event on the calendar in September is the final event of the Thredbo Snow?Series with the Big Air Competition at?the Thredbo Big Air Site in the Anton's T Bar Area. ?If you are here on Friday the 4th of September head up to Antons between 10.30am and 3.00pm ?where the DJ's will crank the tunes while some seriously crazy skiers and snowboarders launch off the 50ft plus?jumps attempting tricks that will keep your head spinning just trying work out what just happened. If you have your pilot's license and ?are slightly touched yourself you can always sign up for this event here: [caption id="attachment_8737" align="alignleft" width="300"]

Hannah-Stud-Riding-at-Chicks-with-Stix[/caption] The Chicks with Stix are back in Thredbo again on the 5th of September to take the testosterone out of getting on the snow. This is a great option if you are a chick who ?loves her?snow sport and wants to improve. Whether you are Gun Girl shredder looking to ramp up your tricks and turns ?or just a woman on skis looking for a little more excitment, ?this ?FREE workshop is for you. ?Some of Australia's best known snow sport femmes will be in Thredbo hosting a workshop ?without machismo designed to give your riding a lift. To register go to the Chicks with Stix website. [caption id="attachment_8738" align="alignleft" width="300"] 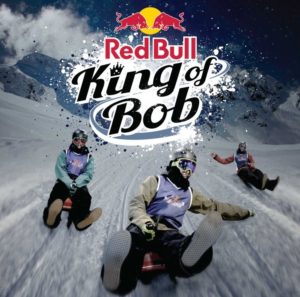 The-King-Of-Bob-comes-to-Thredbo[/caption] Also on September 5th ?for the first time in Thredbo is the Red Bull King of Bob contest. ?This is toboggan riding on caffeine (lots of it if the sponsor has a say) ?with a purpose built track on Thredbo's Sundowner run set aside for ?anyone loopy enough to want to attach themselves to a butt busting plastic prayer matt (with handle) on which they launch themselves down the course with absolutely no mechanism for control in any form. Not surprisingly, the event entry is free and registration is from 5pm at Friday Flat with the first racers dropping in from 5.30pm. ?The first prize for the event winner in a flight above Thredbo in the Red Bull Aerobatic stunt plane. If this event has spiked your interest you can register online here. ?If on the other hand you are developing a shoulder cringe and covering your eyes just thinking about it, ?you can join me on the sideline at the top of Sundowner to watch in horror. [caption id="attachment_8740" align="alignleft" width="300"] 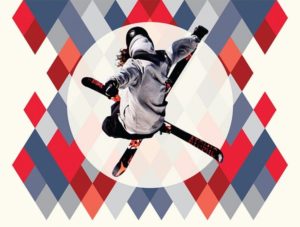 The ONE HIT WONDER is back[/caption] Starting From September the 8th the lunacy really takes charge with the Thredbo's Iconic One Hit Wonder Festival Kicking off for close to a week of frenetic freestyle launching on the 4 storey high 100ft jump. ?This is the southern hemispheres only Gold Ranked?AFP (Association of Freeskiing Professionals) event with ?World Tour points up for grabs. ?This ensures that world class riders will be here to launch as well as a host of local ?cosmonauts?looking for some space.... With parties in the village at night there will be plenty of action all week in Thredbo. ?The music continues into the weekend with ? the event after party on Saturday September 12th ?featuring the Indie Pop band??Alpine??headlining a party in the Village Square. Back again for the School Holidays is the September Kids Snow Festival. This is a weeklong event with apres skiing ?activities for the whole family including flare runs, fireworks, parties, snow tubing? and plenty of other action to keep the kids jumping and burn off that energy so Mum and Dad get some peace at night. ? The program for the festival will be out soon but here are some highlights from?previous years...   And if you make it all the way to the close of the Snow Season on the October longweekend then ?you can join in the Oktoberfest with ?some turns in the morning on the spring snow and then Ein Grosse Beir or six in the afternoon. ?There are Oktoberfest events on in Thredbo at the Alpine Hotel Poolside ?and also at the Wildbrumby Distillery. ? We still have accommmodation available throughout September with special rates ?in selected periods including our 3rd night free deals from September 13th so you can bring the whole family to Thredbo for a 3 day snow holiday from $699, or only $475 from September 27th. ?Check out our spring deals here are call 1800 0020 598.
Thredbo 365 Pass is back and the deal just gets better every year… 9 Fun Kids Activities To Do With a Toddler at Thredbo
Follow us on instagram
This error message is only visible to WordPress admins