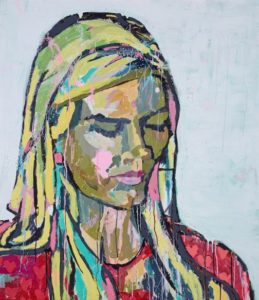 You have probably already noticed that Torah Brights dazzling smile has been all over Thredbo’s marketing since she stepped up as the face of Thredbo on August 1st. While it is a marketing boon for Thredbo to have Australia’s most successful winter athelete on the case Torah does genuinely love being back home. She trained in Thredbo as a child ski racer before switching to snowboard and as a Cooma girl, her heart is still here in the Snowy Mountains.

Her sister Abish owns  a hair dressing salon in Jindabyne and has just had a baby so Aunty Torah is pretty happy to be in Thredbo for the winter.  Torah has had a eventful year with a  very entertaining stint at the Sochi Olympics winning a silver medal in  her specialty event the snowboard half pipe and also competing in the boarder cross.   Just to mix it up a little Torah then sat for another Snowy Mountains local, artist Zoe Young who entered a portrait of Torah in the Archibald Prize.  Zoe’s work was shortlisted and received great reviews  keeping Torah’s name in the news. 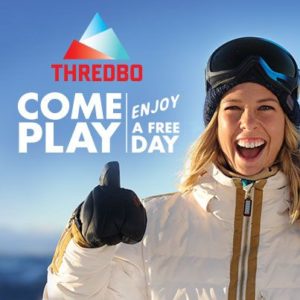 Torah Bright is the Face of Thredbo

On August 1st Torah began her  stint as the Face of Thredbo making the resort her base for the winter and helping to bring the fun back on snow.  She has been spotted all over the mountain, at parties, on the hill riding most days and even competing in the occasional event with a 1st place in the open women’s “Transfer Banked Slalom”

The rumour is that Torah will also be competing on the Dancing with the Stars television series. If her skills in the half pipe come into the equation she could prove to be a very dynamic dancer as well,  possibly pulling off the world’s first Tango with an inverted frontside 720.  I’d love to see the Judges score that.

You might see Torah in Thredbo is you are riding in spring or you can always catch her when she comes back for winter 2015.

Thredbo Snow Tobogganing & Tubing: Fun For All the Family

Ski resorts are funny old things, they’re very deceiving. You see, you don’t actually have to be able to ski to enjoy all the benefits. But you never know where it may lead, especially if you decide to try snow tobogganing at Thredbo, like these two families.The Ginsbergs...

Buy the Thredbo 365 the pass that keeps on giving and we’ll give you a little more.

If you love the mountains,  staying fit,  being outdoors and generally get excited at the mention of any sport and body armour in the same sentence then the Thredbo 365 pass is built for you.  In fact I challenge you to find a better deal on this much sport and outdoor...

What our clients say

The apartment was fantastic

The apartment was fantastic. A stand alone house that provided privacy & wonderful views of the mountain. It was a home away from home

A very comfortable and pleasant apartment

As always, this was another magical stay at the Lantern...

As always, this was another magical stay at the Lantern and Thredbo Village. We had snowfall on the first night and it was just perfect sitting in our Room overlooking this. We adore the Lantern and this has been and always will be our number one accommodation in Thredbo. It's in a perfect location overlooking the whole village with mountain views. The apartments are well equipped with everything that we need. Thank you once again to the Lantern and it's staff for a memorable stay.

It has everything for perfect stay

Thank you for a wonderful stay.